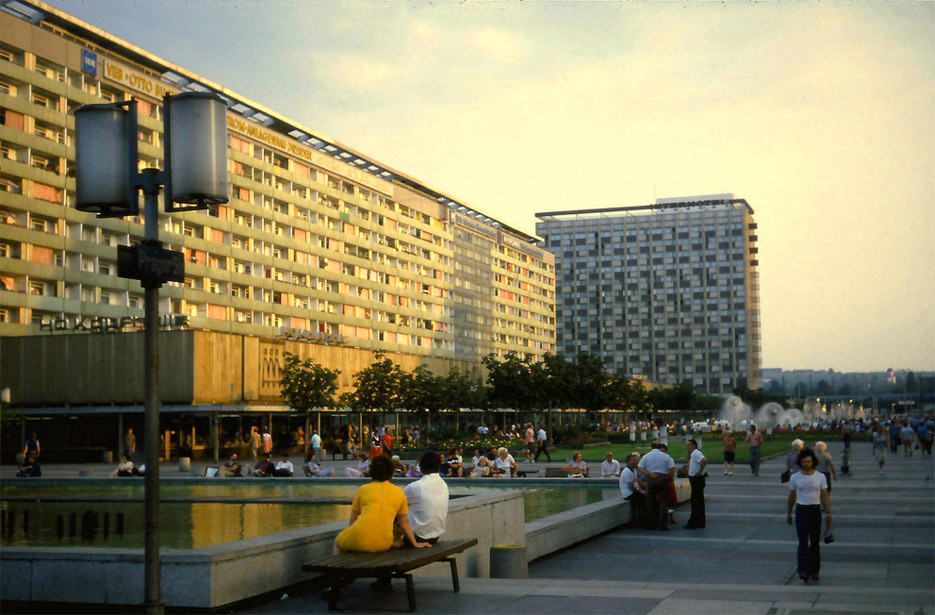 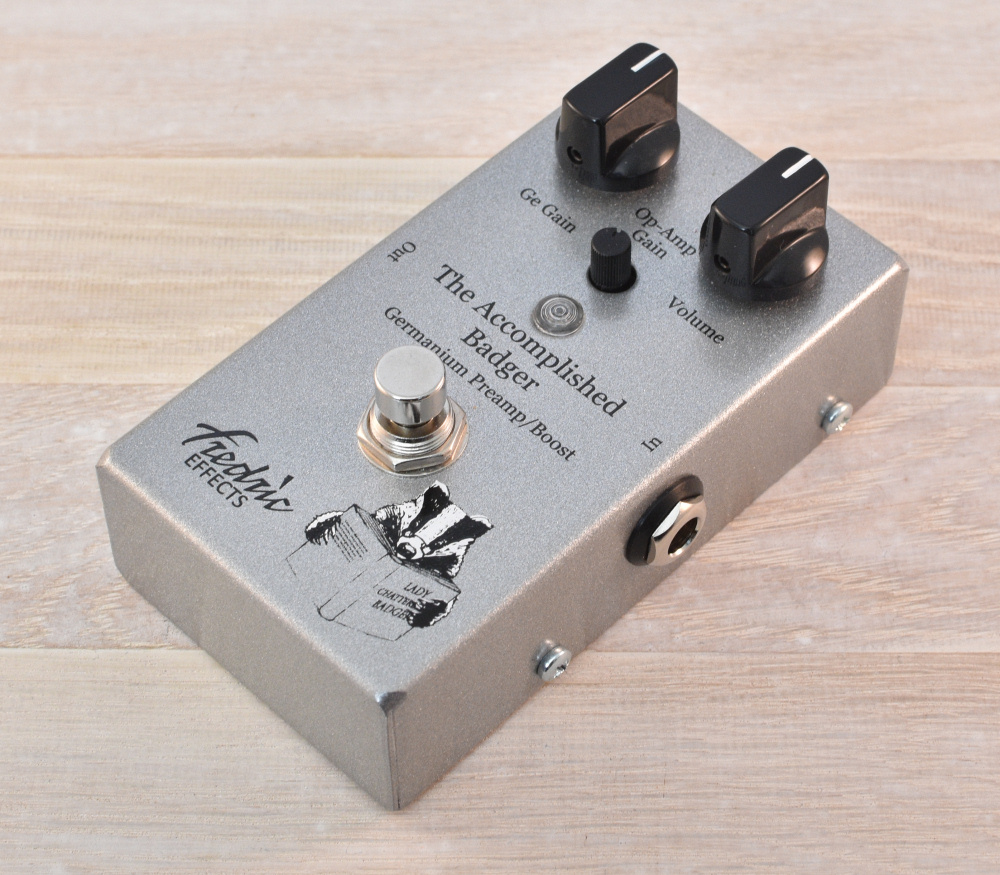 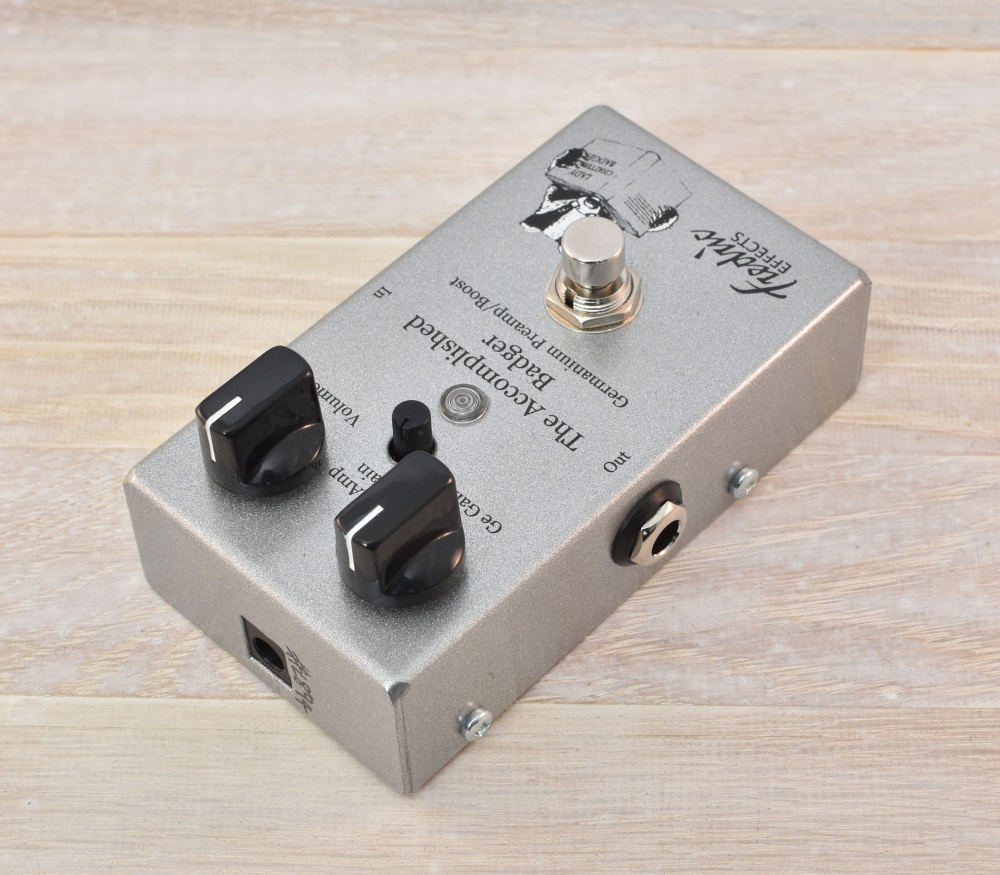 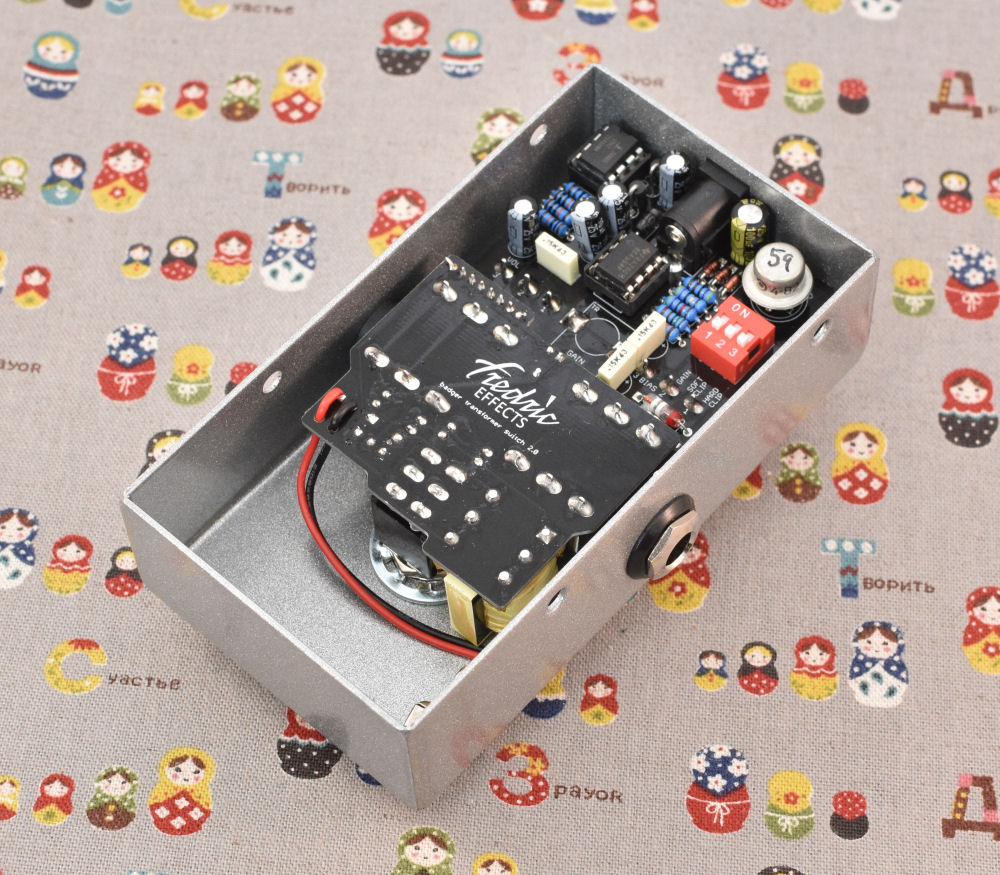 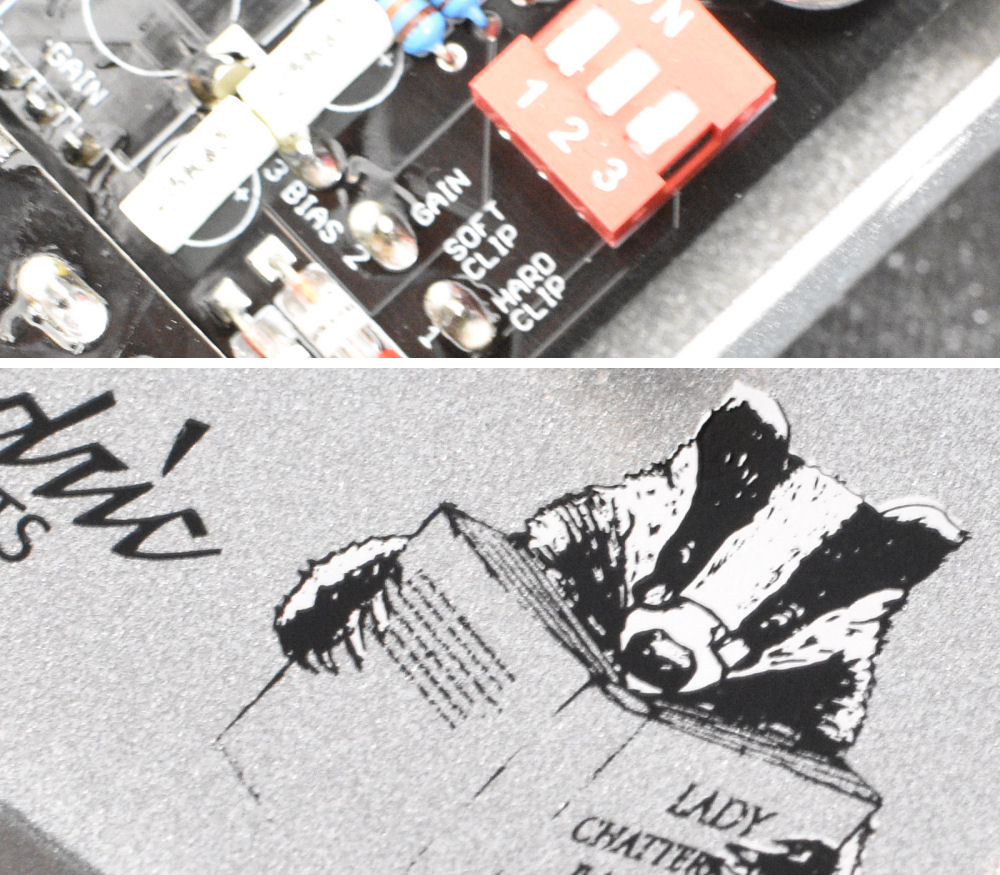 The Fredric Effects Accomplished Badger is an original two stage boost, with an opamp buffer/boost driving a Germanium transistor gain stage. The Germanium transistors used are individually selected vintage new-old-stock components, tested for optimal gain and low leakage. Because of the nature of these two gain stages, the Accomplished Badger can be used as a sparkly clean boost, to just push an amp to breakup, or for a grittier saturated sound like a torn speaker or an overloaded recording desk tone. More versatile than straight clean boosts, and the sort of effect you may not want to turn off, the Accomplished Badger is a very useful pedal to have around.

The new Mk2 Accomplished Badger incorporates an internal charge pump to run at 18v (from a 9v input) and an audio-grade Triad output transformer for more musical saturation and breakup. The pedal also incorporates three DIP switches on the circuit board for more gain, soft clipping and hard clipping for overdrive and distortion tones.


Many thanks to Joe Perkins for this great explanation and demo of the Accomplished Badger MkII.